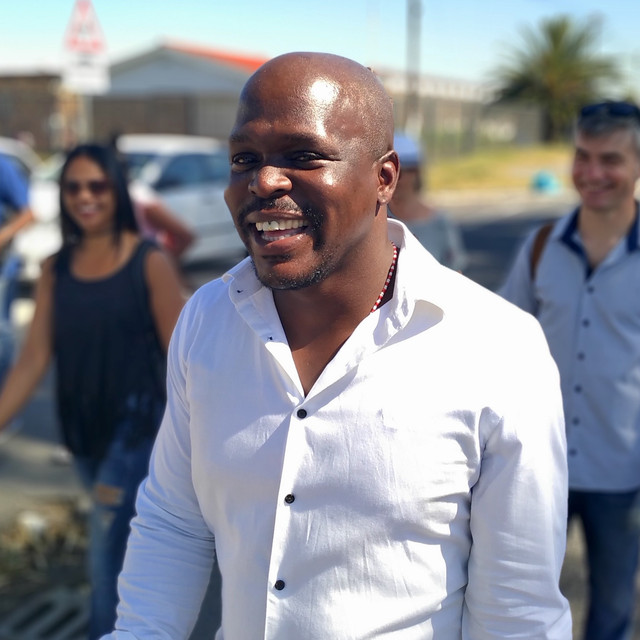 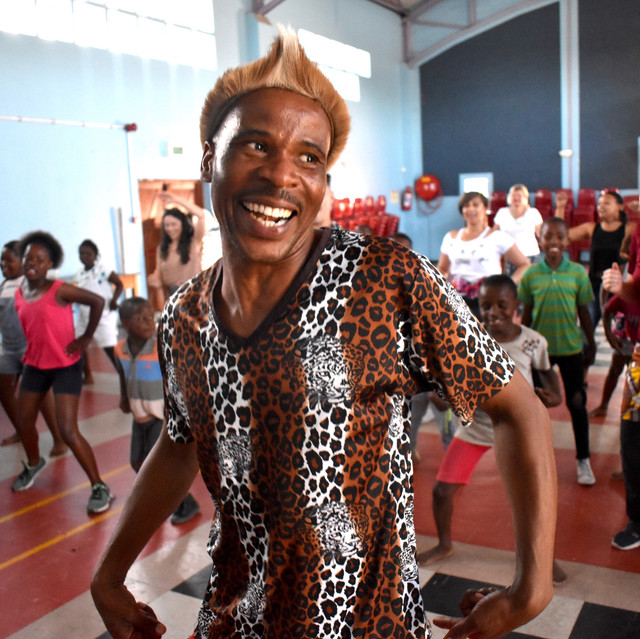 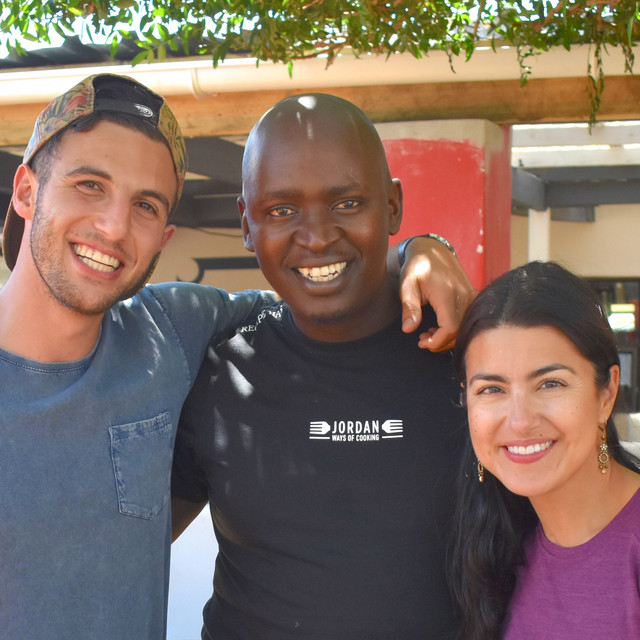 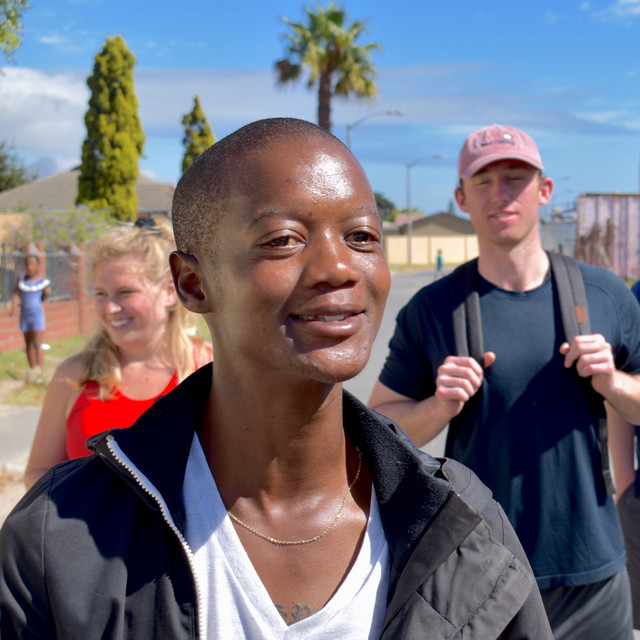 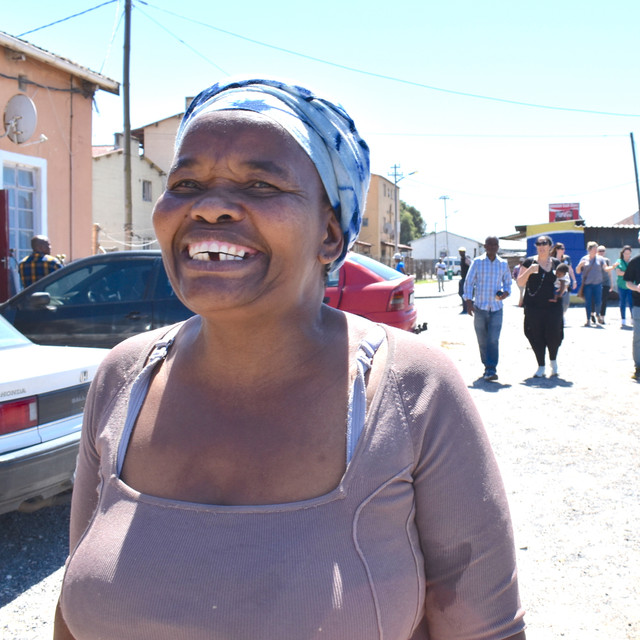 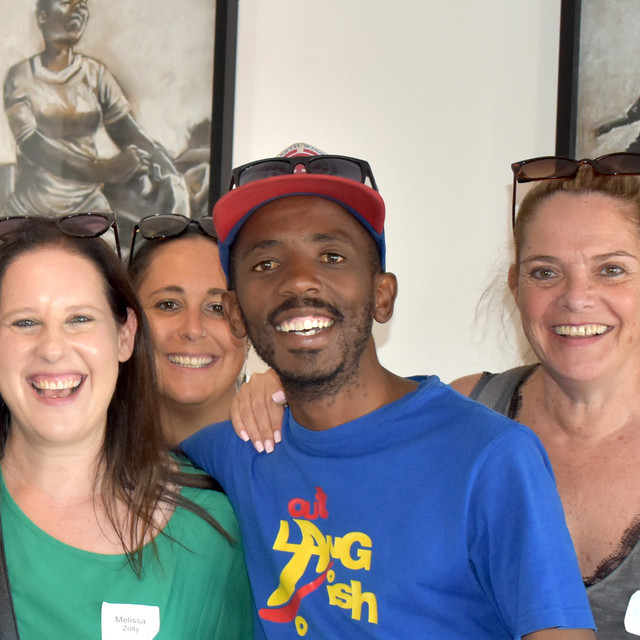 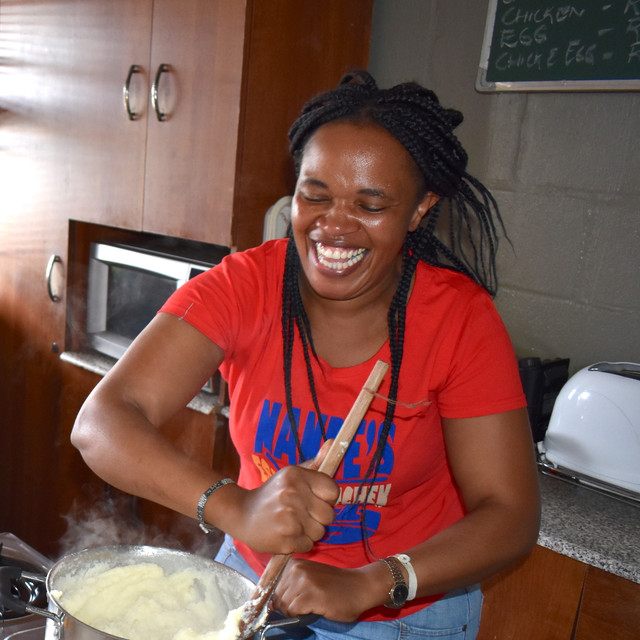 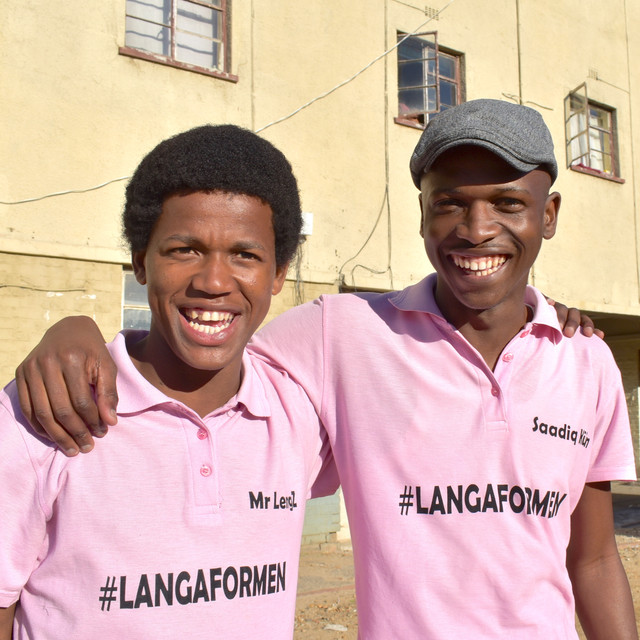 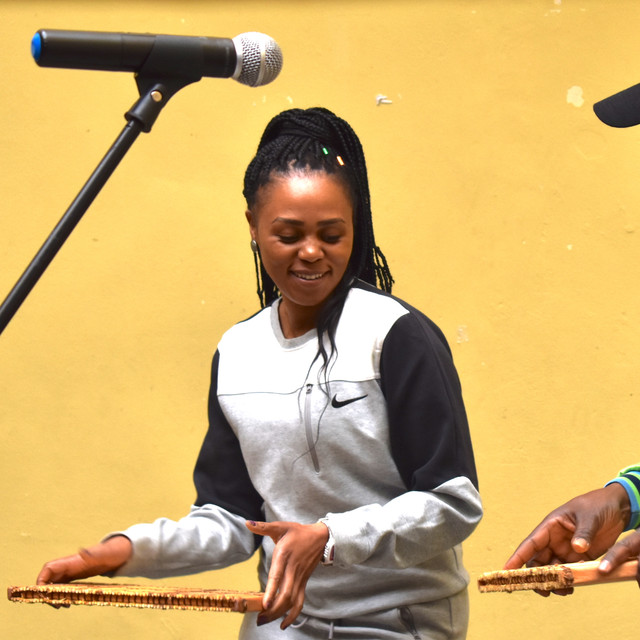 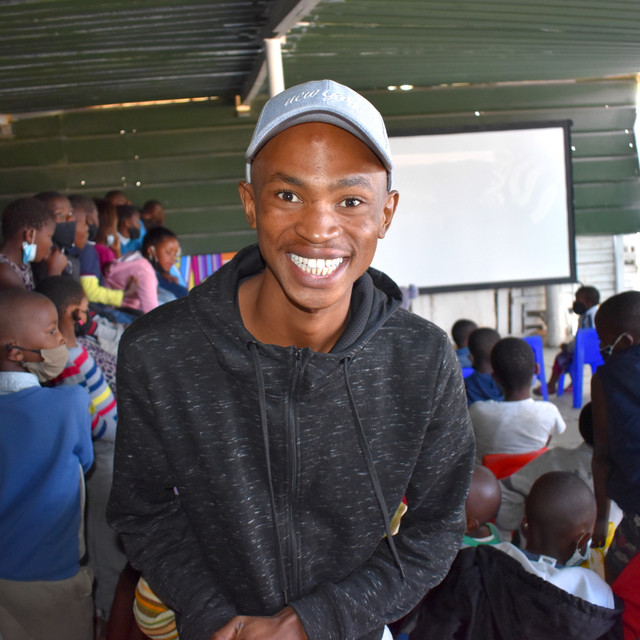 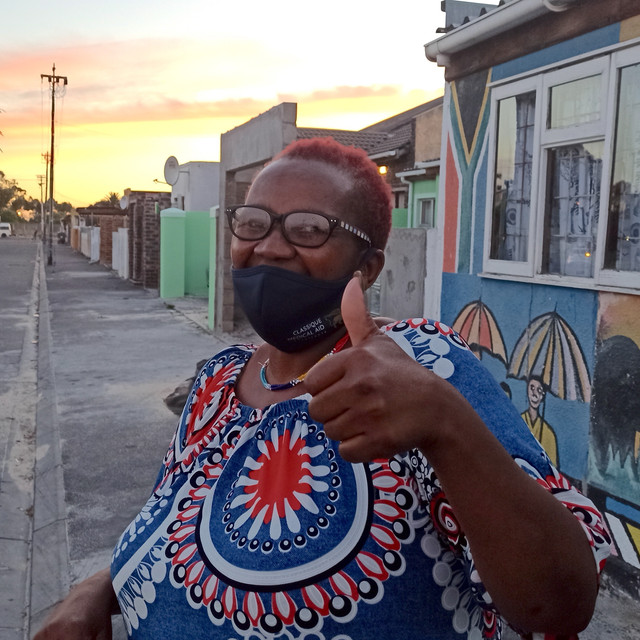 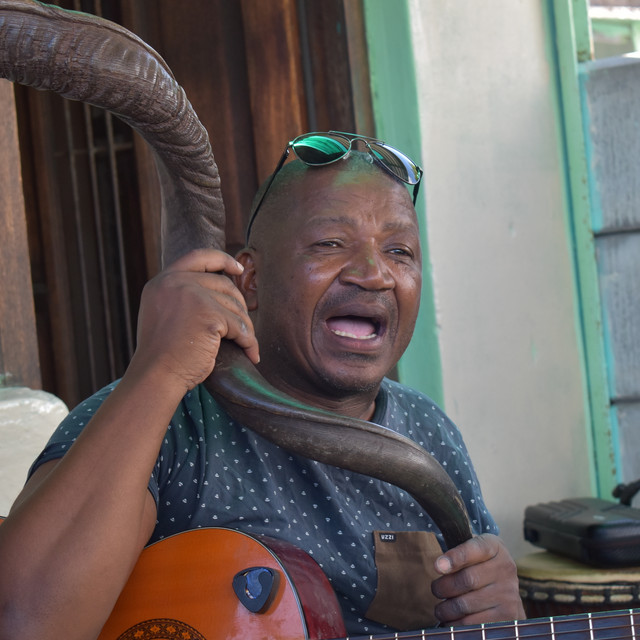 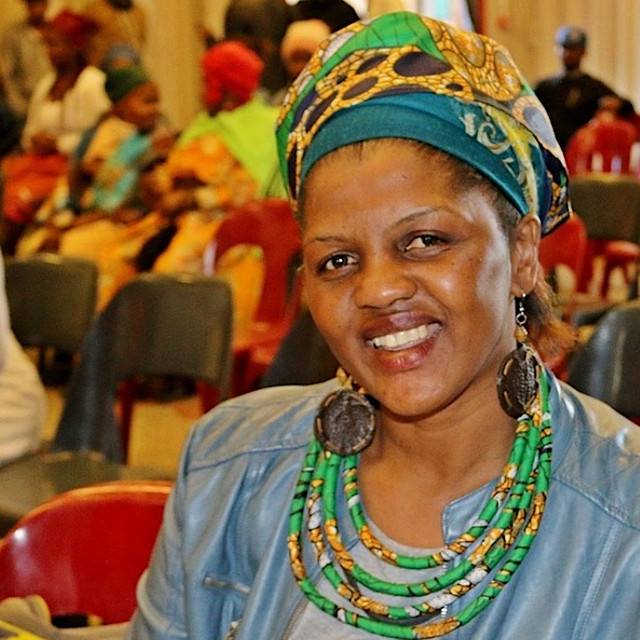 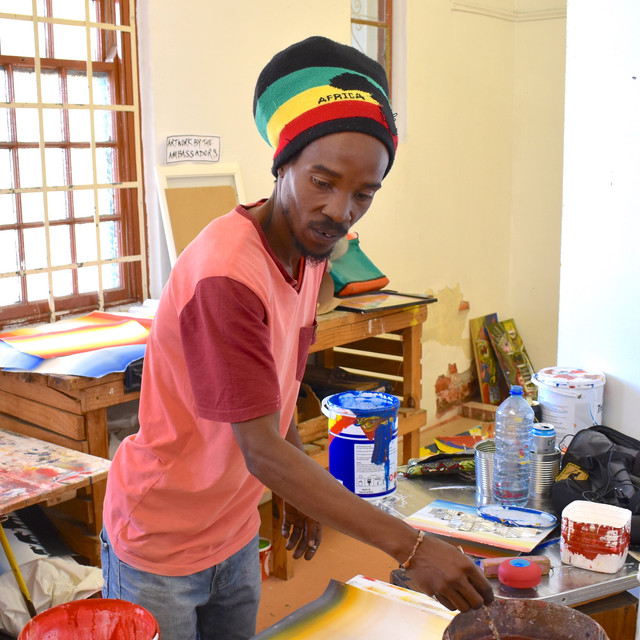 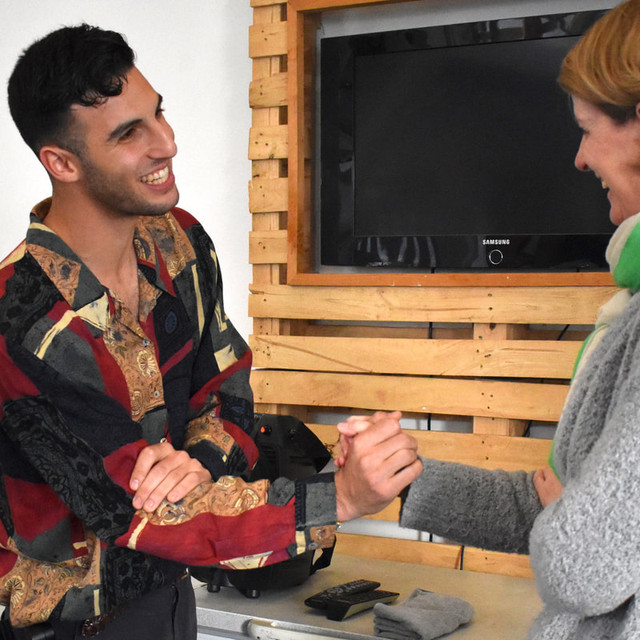 Jason was born in the U.S. shortly after his South African parents immigrated to the country. He designed his own degree at New York University called Social Entrepreneurship and Cultural Revitalization, a degree with so much freedom that it allowed him to live in Khayelitsha—Cape Town’s largest township—for a year to build out Umbiyozo Foundation, the umbrella youth development organization he founded at age 17. Equipped thereafter with relative fluency in IsiXhosa, intimate knowledge of the townships, and heightened consciousness of a world and country with vast economic and cultural disparities, Jason is partnering with tourism to bridge worlds.

Jason has served numerous tourists ad hoc through Umbiyozo Foundation, but started officially guiding in 2017 once he became registered by the National Department of Tourism to guide throughout the Western Cape and Eastern Cape regions.

He feels that South Africa has the perfect blend of assets and opportunities to use tourism to become a model of global co-existence and poverty alleviation for the entire world. A nascent democracy, novel and authentic customs, and a vital, humble spirit are but a few of SA’s most special drawcards for visitors seeking to find and offer hope of a better, shared future.

Although living at home with his 96-year-old grandfather, he intends before long to move to Langa, Cape Town’s oldest township that leads the way in tourism. In his leisure time, he enjoys playing guitar and singing, playing tennis and basketball, hiking, and taking joyrides on his moped. 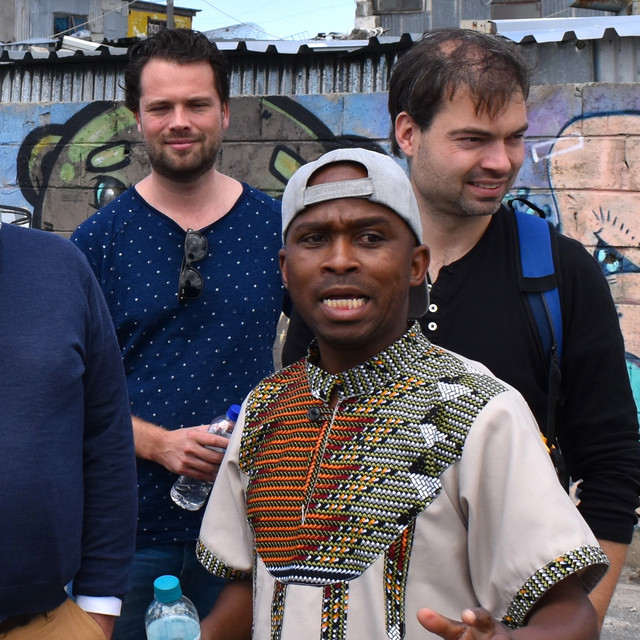 Mike was born and raised in Langa township (Cape Town’s first township designated for black people). Having been raised, however, in a more middle-class household and having attend more affluent schools, Mike was equipped from early on with the cultural competency and adaptability to bridge socio-economic divides and bring people together. His light-hearted and comedic—yet informed and insightful—approach to grappling with issues further equips him to do this important work.

Mike is passionate about financial self-sufficiency and entrepreneurship. Having grown up under a long line of self-starters (his grandfather started a butchery in Langa, which was handed down to his father), the culture at home said ‘you pitch in’. For instance, when Mike stated his intention to go to initiation school (Xhosa rite of passage in manhood) at the same time as his friends—typically at age 18 or 19—his parents said, “if you want to do that, you have to pay for 80% of it and we’ll support you with 20%, so you have to work to save up.” So from standard (grade) 9 onward, he spent his weekends selling shoes at a department store in Bellville called Edgars.

Mike only entered the world of tourist guiding and entrepreneurship in earnest after a solid 13 years as a professional across a myriad of a professions in Cape Town and Joburg/Pretoria—debt collection at a fashion conglomerate, phone support at a cable TV provider, hostessing on an airline, sales repping at a mobile network provider and an insurance company. When Mike returned home to Langa, he began working alongside an emerging tourism entrepreneur named Sabu Siyaka on his business Ubizo Events and Tours. Operating in the absence of tourist guiding qualifications served them fine for 2-3 as they were only guiding inside townships and servicing university groups. Leading up to the 2010 FIFA World Cup, however, there was a push to get more black tour guides registered, so the Western Cape Department of Tourism established bursaries for such.

Mike then began to gain entrepreneurial support from the likes of SEDA (Small Enterprise Development Agency), Shanduka Black Umbrellas (a black-focused business incubator), Tourism Enterprise Partnership, and Africa Trave Indaba (trade show by SA Tourism). He made the deliberate choice to simply trade as “Mike Zuma” and not a brand, because he wishes not to present as “too independent” and thereby continue to guide on behalf of various tour operators freely. 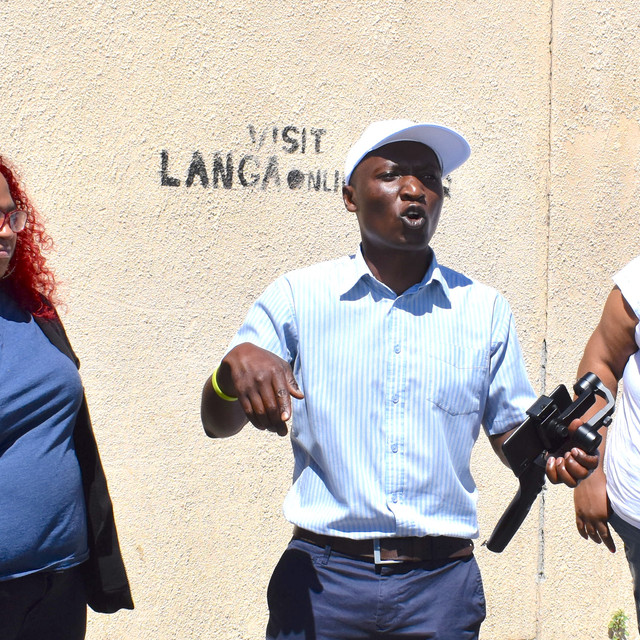 Thulani is a community based organisations specialist known and loved incredibly widely in Langa.

He has been on the forefront of documenting Langa's unsung heroes through high-quality photography and videography for years.

He holds an honours degree from UCT.

He is the founder of Umbon' Omhle, a creative & youth development collective, which's coordinating and publicizing activities currently take place on social media in large part.

He is the co-founder of Umbona Wethu, a multidisciplinary co-op of artists which has a shared office inside of Guga S'thebe. He supplies the photography/videography for collaborative works by Umbona Wethu. 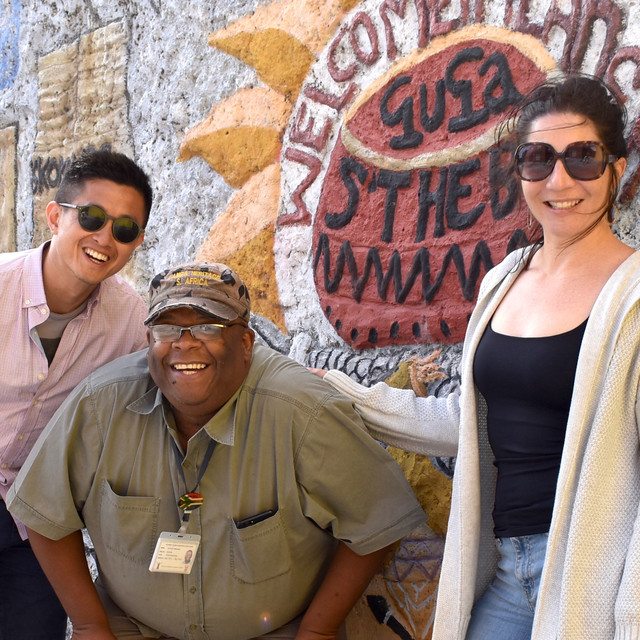 Alfred is passionate about community development and entrepreneurship. In 2000, Alfred registered a company—Tse’po Skills Projects and Events (Pty) Ltd—and embarked on his entrepreneurial journey. His hallmark has been generously volunteering his time and energy to build up community assets in partnership with existing players until the assets and he as their steward become invaluable.

On a purely voluntarily basis from 2000-2006, Alfred started and ran a resource centre inside of Guga S’thebe Arts & Culture Centre in Langa township, which he kicked off by securing donations of 15 computers (by Microsoft) and R50,000 (~$7,000). It was a vital space where community members developed their CVs and learnt computer literacy. During these 6 years, he entrepreneurially supported himself through the skills he’d cultivated as a carpenter from 1990-2000.

This experience equipped Alfred to work as a Project Manager at Artscape, Cape Town’s foremost theatre, where he worked from 2006-2011. He built up an extensive network of performance arts practitioners and an understanding of their business-related challenges. It was in 2010 that Alfred started volunteering his spare time to help establish what is now an essential tourism asset in Langa: the Langa Heritage Museum, aka the Dompass Museum. In 2011, he resigned from Artscape and set out to create his own income once, now working the Dompass Museum full-time from Monday to Sunday, giving presentations to tourists and living off of the donation box.

From 2013-2016 Alfred became employed as the CLO (Community Liaison Officer) for the construction of Hamilton Naki Square, a city-funded community residential complex located at the entrance of Langa. Concurrently his tourist guiding career kicked off and started to blossom.

Alfred’s place at the centre of developments in Langa only deepened from then onward. It was he who decided on the “Langa” sign (amongst three options) to be placed at the entrance of Langa. It was he who championed the protection of land adjacent to Langa and its usage as a Xhosa manhood initiation site. And today he is working to secure land in Langa on which to build a manufacturing plant for assistive devices—and along with it much-needed jobs for the community.

Alfred describes himself as a “free spirit,” but he is much more than that: he’s a proven mover and shaker in project management and community development. The qualities he prides his work on include “being approachable; being knowledgeable; having the ability to engage; interactively with visitors; being respectable and respectful; being observant; being a good story-teller and historian; being accommodating and understanding; and being credible.”